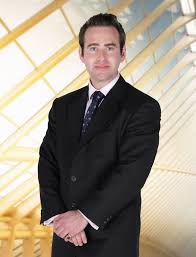 Oliver Nohl-Oser was one of the hopeful 18 candidates on the 2016 season of BBC One’s The Apprentice. The 33-year-old is the founder and director of his very own award winning sausage manufacturing business - The Cumbrian Sausage Company.
A descendant of Beatrix Potter, Oliver grew up in the countryside and resides in picturesque Wiltshire with his wife Lucy. Oliver studied Countryside Management and Rural Studies at Newcastle University. With his country knowledge and passion for quality British food, Oliver lives and breathes his authentic locally sourced produce.

Oliver and his business partner set up the sausage company when he was just 23 years old. In the early stages, they supplied to delis, transporting sausages themselves and taking cash on delivery. From there, they began supplying meat to restaurants and running market stalls at the likes of Duke of York Square in high-end Chelsea.
In 2015, the business went from leaps to bounds when supermarkets both nationwide and internationally started stocking The Cumbrian Sausage Company. These include Ocado, Tesco and ten branches of Waitrose in the UAE. They also cater from The Cumbrian Sausage trailer and served their tasty handmade sausages to the masses at well-known events such as Glastonbury and Henley Regatta. This November they will aim to feed over 5000 ‘posh revellers’ at the annual Guy Fawkes party at Britain’s quintessentially English and most exclusive private members club, The Hurlingham in Fulham.

Oliver’s wife, Lucy, is a professional chef who trained at The Grange, making the pair a force to be reckoned with in the foodie world! Oliver’s passion for fine foods has not gone unrecognised with two highly commendable Quality Food Awards and one Great Taste Award.
In the hope of raising investment for his business and joining forces with Lord Sugar as a business partner, Oliver signed up for The Apprentice, and out of the tens of thousands of applicants, made it through. Not deterred by his ‘sacking’ Oliver is hopeful as the experience has opened new doors and Oliver remains confident that he will secure the funding and expertise to help him grow his brand globally.
Nick-named by Lord Sugar as ‘Porkos’ - the Greek-god of sausages, and complimented by Claude Littner as ‘absolutely one of the nicest candidates to appear on The Apprentice’, we’ll be seeing more of Oliver in 2017 as he travels the UK food festival circuit, launches new products, and returns to our screens. Just watch this space!

I would love to hear your comments about our range of products - and if you wish to recommend any we would be more than happy to take a look.